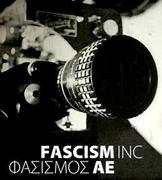 Fascism Inc. presents unknown short stories of the past, the present and the future of fascism and its relation to the economic interests of each era, it provides a fresh analytical approach to what is a recurrent epidemic disease of society. Director Aris Chatzistephanou takes us from Mussolini's Italy to Greece under the Nazi occupation, the civil war and the dictatorship; and from Hitler's Germany to modern European and Greek fascism. The rise of fascism throughout history and in Europe reveals a link that has been under reported and discussed: the close relationship between capitalism and fascism. In 1919 in a meeting with Italy's wealthy industrialists Mussolini promised to wage war against small farmers and workers unions. As Mr. Chatzistephanou points out: “An economic crisis can exist with no fascism, but fascism cannot exist without an economic crisis”. He proposes that fascism is a tool utilized by the economic elite when the masses are reacting against a system that can no longer provide for them. What is next for us? We welcome you to come for the screening and be part of the discussion.

Guest Speaker(s): To Be Announced