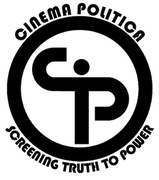 Cinema Politica is proud to screen the Canadian Labour International Film Festival (CliFF) selection, Town of Widows. This documentary focuses on a growing group of widows, workers and family members in the town of Peterborough Ontario as they fight for justice in a system stacked against injured workers.

The General Electric factory was a fixture in Peterborough for 127 years, closing its doors in December 2018. It brought jobs but ultimately may be responsible for a lethal legacy of cancer.

The workers compensation board is meant to support workers and their families, but it has denied hundreds of workers and widows and left others waiting for decades. General Electric is one of the largest companies in the world and no one, including the government, wants to run them out of town and see workers lose their jobs. We watch as a town of widows and workers take on their own community, the government, an insurance agency, a multinational company - and see wins.