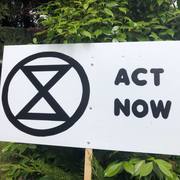 Maple Ridge Council will hear a request to declare a Climate Emergency at their regular July 23 meeting.

It would be helpful if Council could see as many concerned and supportive citizens in the audience as possible.

The Climate Emergency request will be presented by Steve Ranta, a member of Extinction Rebellion Maple Ridge-Pitt Meadows, at the regular Maple Ridge Council meeting on Tuesday, July 23, 2019, in the Council Chambers. The entrance is on the east side of City Hall, off Dewdney Trunk, east of 224th, near the Horse.

The meeting starts at 7:00.  Presentations by delegations are usually heard at the beginning of the meeting, and last approximately 10 minutes.