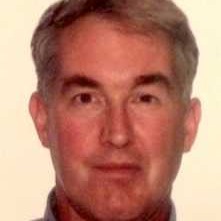 Randy Chatterjee has not received any gifts yet

A co-founder of Village Vancouver, the Transition Hub on the western side of the Metro area, I am eager to compare notes, learn from others, and help the entire Transition Network grow and succeed.

I have a theory about the suburbs, and their carbon footprint, both embodied and variable.  I needed to live in Coquitlam to appreciate the math and social context.  This may sound heretical, but I think "car free" in the suburbs is not the answer.  The reason: EVs.  In my perfect world, and the Maple Ridge Planning Dept appears to be trying to do this, a suburb is made up of many "villages," walkable communities with complete streets. So, kids can walk to at least elementary school, and most shopping can be done on foot, or bicycle (Dutch cargo bicycles?).  The proximity of the suburbs to farmland, the ability to solarize all suburban roofs, the road and utility network, and their embodied energy all argue for the preservation of the 'burbs.  The problem is in fact not the car and the high cost of transit in less dense areas; it's the internal combustion engine.  The propulsion of current cars and buses is the problem, and account for 40% of the suburban carbon footprint.  Move all cars to electric, perfect the self-driving electric EV (Google car?), and roll out electric carshare services in all suburban areas.  The cost per passenger kilometer and carbon footprint of a shared electric EV is MUCH smaller than diesel buses and in fact equal to or less than urban rapid transit (Skytrain or subway).  Only LRT (light rail transit) in dense areas is better.

So, in my view, a future low-carbon suburb has a fleet of shared self-driven EVs; summon one with your phone, and it's door-to-door service.  Teenagers can get to soccer practice or early morning hockey without a parent and with near zero carbon.  You can own your own EV, if you need a certain type of car, and this is also ok as the carbon footprint in use is near zero.

Cities cannot do this.  They would be instantly clogged by more people driving EVs, and they need transit solutions to deal with their ultra-high density.  BUT, transit has access issues (for the physically handicapped, regarding safety while traveling late at night--especially for women) and has huge time costs.  Transit is inefficient in both time and energy.  So I think cities will not be able to compete with suburbs, where there will be more time, cleaner air and water, and even a lower carbon footprint than city life.  The resilience will also be higher due to the ability to generate your own power on your roof, grow some of your own food and buy from nearer farmland, and finally I find suburban life less alienating and more social than at least city life in Vancouver.  Personal connections are vital to resilience.

Just some of my thoughts.  Think EV!