For those of you who didn't have a chance to attend the public input session of the Maple Ridge Transportation Plan Update last week, May 22, the display boards can now be viewed on-line.

I was very brave yesterday and spoke at a public meeting (reading from a piece of paper, that is...) about a development application of 91 one-acre lots 5 kms outside the urban boundary in Maple Ridge, serviced by city water. We can't afford to subsidize these kinds of developments, and it's also not exactly an exemplary model for a sustainable community. Read my blog post here.

Planning is underway for GETIFest 2013, the annual Golden Ear's Transition Initiative Festival. Last year we had hundreds of participants and thousands of visitors. Similar to last year, the festival (on September 21) will take place in conjunction with the Haney Farmers Market. Our theme this year is "Youth in the Community." The festival will feature the Village Square (GETI action groups, local community organizations and businesses), the Artisan Village (where local artists and artisan…

Here's a summary of the meeting notes from the February 28 meeting of the GETI Round Table. (The monthly Round Table meetings gives each GETI action group the opportunity to update everyone else on their status and activities. Everyone is welcome, but only representatives from action groups are invited to speak.) 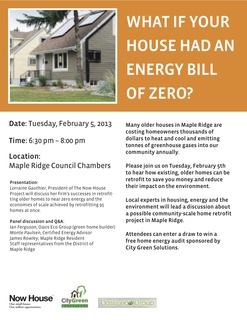 On February 5th at 6:30pm at the Maple Ridge Council Chambers, Lorraine Gauthier of the Now House Project (http://www.nowhouseproject.com/) will make a presentation about communities working together to help local residents reduce their heating costs and help the environment by…

Retrofitting houses to be energy efficient can be an expensive project. However, if homeowners band together, they can dramatically lower costs by bulk ordering materials and working with contractors who scope and plan the project once and then repeat the implementation on multiple houses. James Rowley of the Hammond Neighbours group is organizing such a project. Check out the details on the…

Congratulations to the 40 under 40!

Several GETI alumni were among Ridge Meadows Recycling "40 Under 40" award recipients. The award recognizes people who are environmental leaders in the community. The winners included:

Awesome job everyone.  We can't wait for GETIFEST 2013!

Come out to GETI FEST!!!

We've put up a piece about the upcoming GETI FEST on our blog. Check it out for details and come on out to the festival. It's going to be amazing!

Call for Artisans for GETIFest

GETIFest 2012 will feature an Artisan Village that showcases work by local artisans. If you would like to participate, tables are available for $25 - $30. Contact Lisa or Kim at the theartistrylocal@gmail.com or print out and submit the…

As announced in the Maple Ridge News, the district is building a new "Hammond Trail" for walkers and cyclists that will connect Airport Way in Pitt Meadows with Ospring Street in Hammond (running under the Golden Ears Bridge). 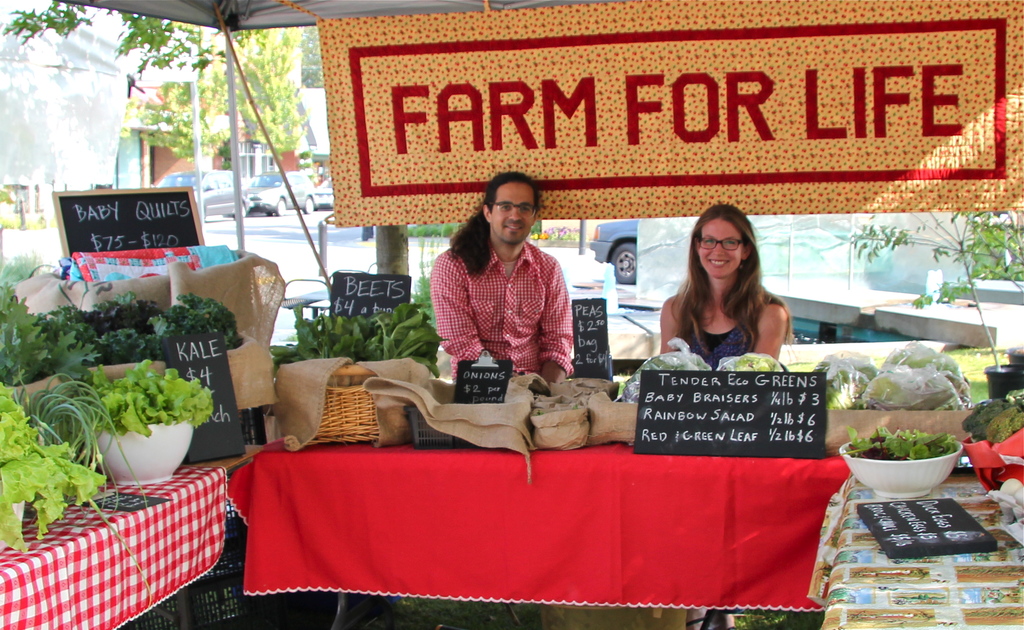 We finally got our produce to market and it was A LOT of fun! Read our blog post about it here.

Volunteers Needed at a CSA Farm in Burnaby on June 24

An S.O.S. came over the wire from the good people at FarmFolk CityFolk. FarmFolk CityFolk is "a not for profit society that works to cultivate a local, sustainable food system. Our projects provide access to & protection of foodlands; support local growers and producers; and engage communities in the celebration of local food."

In this week's Maple Ridge News, Jackie Chow of the HUB cycling group talks about how cars have contributed to social isolation in the suburbs. Jackie writes that as cars have become the dominant…

I hope everybody will take the time to look into what the Conservative government is trying to do with bill c-38.

I would also encourage you to call,…

Congratulations to the Richmond Food Security Society and GE Free BC! On May 28, the city of Richmond passed a ban on crops grown from genetically engineered (commonly known as "GE", "GM" and "GMO") seeds. Richmond joins…

One thing I find particularly inspiring about working with the Golden Ears Transition Initiative is that its members are interested in the whole spectrum of community well-being. They recognize that a healthy and resilient community has many facets, not only those regarding energy, food security, transportation, education, etc.

I was proud to see …

…and the plants will take care of themselves.

It's easy to understand, when you dig your hands into rich, well-aerated soil, that soil itself is a living thing. There are the

worms and bugs, of course, of an astonishing - and sometimes icky - variety and density. And there are many millions more creatures in any handful of healthy soil that are too small to see. There's the spongy, elastic feel of a…